The Greek Goddess and the Magic of Reframing 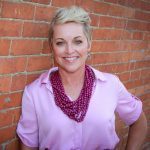 How many times have you been in situations where you know you are factually, mathematically, physically at a disadvantage by life or work experience and circumstances, and you accept that as a reality?

What if you could completely reframe the “facts” to create possibility and a different outcome?

A random conversation last week with my Executive Coach, Susan Alexander of Rosebud Coaching and Consulting, drove me to do something different in a silly and annoying situation, where I had resigned myself to accept reality for four years, which I now realize I could have reframed years ago for a different outcome.

In this random conversation, Susan said, “Gravitas is the ability to reframe a situation, take a step back and look at it through a broader-lens, which creates a different outcome. Reframing creates resilience, and resilience creates a growth mindset. If you have that, then it encourages grit, which is the sticking-to-it, to drive change.” Mic drop.

In spite of these pearls of wisdom from Susan, the next morning in my exercise class I started telling myself the same story as I had for four years: I would not be the first one done with rowing because I’m the shortest in class and my little legs just don’t cover the same distance at the same time as a taller, long-legged woman. I might finish second or third with an all-out effort, but not first, blah, blah, blah. Even though there aren’t prizes for finishing in any order, for me it’s about being one of the older people in the class, working hard, and being competitive. Nonetheless, I’ve resigned myself that I would never be better than second or third place, in this situation, for years. That’s when I noticed the Greek Goddess at the other end of the row of rowing machines.

This was a 6’0”, Division 1 track-athlete-looking-female-wonder who was finishing first in each round of rowing and then running on the treadmill, back-to-back, like a gazelle. Susan’s words about reframing to create a new or different reality inspired me to reframe the situation of telling myself I could never finish first. I decided to get strategic and push myself beyond what I thought I was capable of doing.

I noticed said Greek Goddess was taking a semi-casual approach to walking to the treadmill after rowing because she was the first one done and could buy time to recover and still be ahead of the rest of us. That’s when I committed to challenging myself to do a few small steps differently in my routine to keep up with her. Instead of “hurrying” to my treadmill, I instead sprinted from my rower to the treadmill to start my run before she could hit “start”, increased my speed on the treadmill by 1.5 miles per hour faster than I had ever run in four years of weekly courses!

Lo-and-behold, I started closing the gap on the Greek Goddess, round after round. I noted that she started also sprinting, not walking to her treadmill, so I knew I was challenging her. In the final round as I was about to pass out, I couldn’t believe it, I tied her. I did it. I changed my reality.

The seemingly silly situation, yes. Yet I cannot tell you the elation I felt of breaking through a four-year mindset of accepting my self-assigned fate that I would never better.

At the end of the class, I approached said Greek Goddess and thanked her for inspiring me to have the best performance in my four years of going to this gym. We high-fived and to my surprise, she smiled and said, “You inspired me and kicked my butt! I kept finishing my run and row and saying, “Who is that woman down there?” You never know the impact you have on someone else when you are pushing beyond your boundaries and self-limits.

The magic of this situation is that it not only changed a long-held mindset, but it also grew my confidence, unknowingly inspired someone else, and has completely altered how I now view the self-limiting behaviors I’ve unwittingly set in my business, that I’m excited to change.

As our exercise class coach, Nicky P. frequently yells at us, “It’s about the extra .1% effort you decide to make that makes all the difference in getting better. What you do here is a microcosm of how you approach your life.”
What is it in your business, that if you reframed the “facts” to create possibility and a different outcome, would be the result?

Whatever that is, I would love to know. I welcome you to share so it inspires the rest of us, just like Susan and the Greek Goddess inspired me to make a change because we want to cheer you on as you create your new reality. 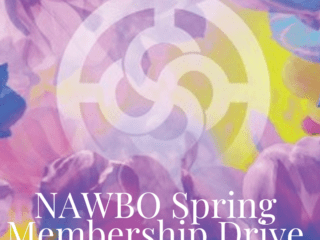 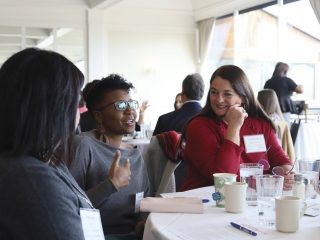 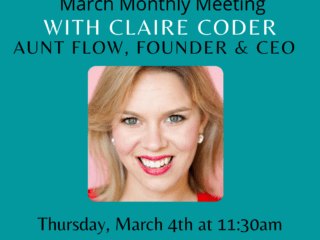