On Thursday, December 13, 2018, the persistent efforts of the National Association of Women Business Owners (NAWBO), Columbus for the creation of a Women’s Enterprise Certification (WBE) paid off.

House Bill 494 was passed by the Ohio Legislature and signed into law by Governor Kasich on December 19, 2018. The bill contains language that will create the first-of-its-kind certification program for women business owners in Ohio.

“This is a critical issue that has limited women-owned businesses access to economic opportunities which will include job creation both in Ohio and other states,” said Merry Korn, CEO of Pearl Interactive Network and NAWBO Columbus member. There are states that require a women-owned business to be certified in their “home state” to be eligible for the advantages those states provide. Ohio has finally taken the important step to create a specific Ohio WBE program to address this unnecessary disparity.

“Building on many years of advocacy by NAWBO Columbus members, we are thrilled that more than 330,000 women-owned businesses across Ohio will now have access to the resources and opportunities they need to grow and scale their businesses in support of their families, their community, and Ohio’s economy,” said Sheri Chaney Jones, President of Measurement Resources Company and NAWBO Columbus Public Policy Vice President.

A recent 2018 State of Women-Owned Businesses Report confirms that 40 percent of businesses in the United States are owned by women — yet they account for only 8 percent of the total private sector workforce and contribute only 4.3 percent of total revenue. Additionally, WBE’s have limited access to government contracts. At the federal level, the government finally reached a modest 5% goal of small-business contracts for women-owned businesses after being set more than 20 years ago.

NAWBO Columbus will work with the Department of Administrative Services (DAS) to establish the rules of the program, allowing DAS to enter into reciprocal agreements with other states and begin opening up the rest of the country for Ohio’s women-owned businesses.

NAWBO Columbus is Central Ohio’s premier organization for women business owners. Members contribute more than $250 million to Ohio’s annual economy and have been in business an average of 12 years. NAWBO Columbus is the trusted leader for connections, advocacy and mentorship. We envision women business owners equally recognized and celebrated for their growth, revenue generation, and leadership. For more information on membership, upcoming networking and educational events, visit nawbocolumbusohio.com. 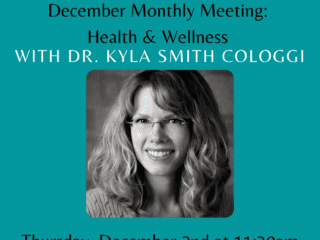